Or not.  Nicholas Carr reflects on IBM’s attempts to teach Watson the Urban Dictionary.

I’m with Carr.  The nobler, and more fascinating, route would have been to persevere in teaching Watson to distinguish what was appropriate rather than simply wiping its mind. 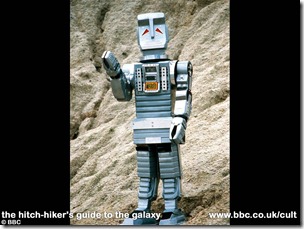 And I rather like the idea of a foul-mouthed super-computer.  I suspect Douglas Adams would have approved.