Words and the Power to Persuade 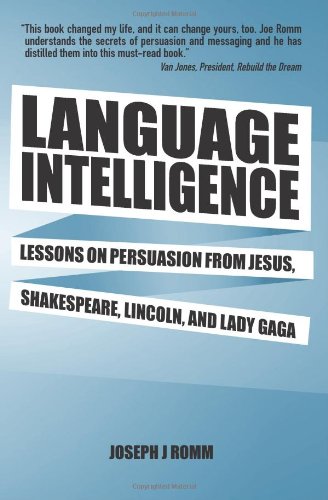 Joseph Romm’s theme is rhetoric, the “art of discourse”, the rules of which were identified by the ancient Greeks and Romans (Aristotle and Cicero amongst others).  Today, the word is too often associated with “empty” and the true art of influence is all but lost.  In Shakespeare’s day the rules of rhetoric were well understood and formed the greater part of a good education.  The best rhetoricians of Shakespeare’s day were appointed to create the King James version of the bible.

Joseph Romm’s book is an easily readable introduction to “language intelligence”: consciously using the rules of rhetoric to persuade.  He draws heavily on recent US political speaking but also shows how those same rules are applied in the works of Bob Dylan, Lady Gaga and others.  And, in a world of social media and information overload, Romm demonstrates why those rules still apply.

If you use language to influence, this book is a worthwhile investment.