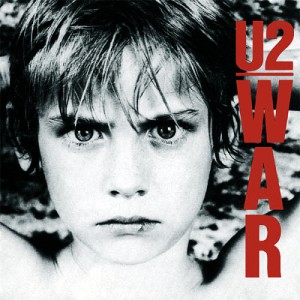 Simple, but effective, even without the political resonances of the famous Bloody Sunday.

The Greek term is diacope and it describes repeating a word with another word (or words) in between to add emphasis. Thus:

And, of course: Bond, James Bond.

Back to U2, the lyrics are underpinned by the incessant snare drum tattoo and one of those guitar riffs you just had to learn if you were a teenager in the early 80s. Along with New Year’s Day from the same album, the song put U2 on the map.