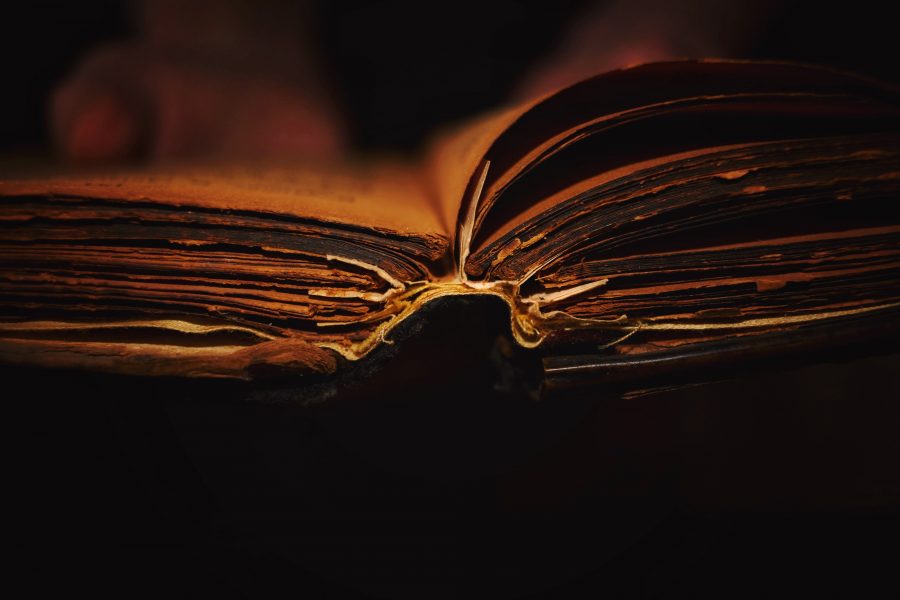 Where do stories come from?

We know that stories work at a physiological level; our bodies respond to stories as if we were actually experiencing the events for real. In turn, and importantly, this means we can learn from them, as from a real experience, but with lower risk and in less time. That suggests that, like domestic animals,  stories have lived with us long enough for us to adapt to each other’s behaviours.

Neil Gaiman gave a talk for the Long Now Foundation in which he discussed the life of stories and how they evolve but keep their essential truths. I posted about it here (with links to the talk and various summaries).

And, in fact, we know stories are very old. Some of the tales we tell date back to the Bronze Age. But where, actually, do they come from?

I’ve always been puzzled, when visiting ancient buildings like churches or temples, to be told that ordinary people “in those days” were much more attuned to symbols and symbolic meanings. How so? Who taught them?

Unexpectedly, Jordan Peterson offers the answer in Rule 7 of his 12 Rules for Life. Discussing  the evolution of delayed gratification (pp 163-169), he has:

One day, however, not so long ago, we woke up. We were already doing, but we started noticing what we were doing. We started using our bodies as devices to represent their own actions. We started imitating and dramatising. We invented ritual. We started acting out our own experiences. Then we started to tell stories. We coded our observations of our own drama in these stories. In this manner, the information that was first only embedded in our behaviour became represented in our stories. But we didn’t and still don’t understand what it all means. …

Understanding is often acted out before it can be articulated… The act of making a ritual sacrifice to God was an early and sophisticated enactment of the idea of the usefulness of delay. There is a long conceptual journey between merely feasting hungrily and learning to set aside some extra meat, smoked by the fire, for the end of the day, or for someone who isn’t present. …

Our ancestors acted out a drama, a fiction: they personified the force that governs fate as a spirit that can be bargained with, traded with, as if it were another human being. And the amazing thing is that it worked. This was in part because the future is largely composed of other human beings — often precisely those who have watched and evaluated and appraised the tiniest details of your past behaviour. It’s not very far from that to God, sitting above on high, tracking your every move and writing it down for further reference in a big book. …

It’s as if something like the following happened as humanity developed. First were the endless ten or hundreds of thousands of years prior to the emergence of written history and drama. During this time, the twin practices of delay and exchange begin to emerge, slowly and painfully. Then they become represented, in metaphorical abstractions, as rituals and tales of sacrifice, told in a manner such as this: “It’s as if there is a powerful Figure in the Sky, who sees all, and is judging you. Giving up something you value seems to make Him happy — and you want to make Him happy, because all Hell breaks loose if you don’t. So, practise sacrificing, and sharing, until you become expert at it, and things will go well for you.”

It’s quite a dense, but fascinating, chapter in a fascinating, far-reaching book. My edit above doesn’t do justice to Peterson’s narrative.

If you only have a fascination with stories, it’s worth checking out the book. It contains so much more, too.