Outcomes of the Economic Reset

“I went walking in the wasted city,
Started thinking about entropy.
Smelled the wind from the ruined river;
Went home to watch T.V.”
Warren Zevon (Run Straight Down)

Zevon’s prescient lines (from 1989’s cyber-punk album, Transverse City) came to mind the other day as I was walk 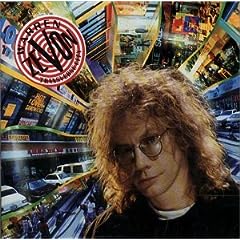 ing down the main street in Reading.  Of course, it could have been anywhere but the number of empty shops and dubiously death-defying sales gave it a “wasted city” look which got me thinking again about what the longer term impact of the current economic situation will be.
I was struck by Steve Ballmer’s reference to the downturn as an “economic reset”:

“It’s not a recession in which you recover, but rather a bunch of money comes out of the economy and it resets over a period of time to a new level and then productivity and, sort of, innovation can then again drive economic growth.”

I think he is right which is not a reason for head-in-hands woe but rather an acknowledgement that things will change. I’ve had in mind for a couple of weeks to write up some things I think will change.  I alluded to one of those in my last post because I think the shock to organisations and individuals could well be a final straw on the back of the camel of the industrial revolution employment model.  That is a potentially painful adjustment, but one which will benefit both organisations (greater flexibility) and individuals (spreading risk, greater agility, greater opportunity to craft a basket of activities which satisfy both the wallet and the soul).
Another change I can see coming is in consumer behaviour.  We all participated in and benefited from the prelude to the banking crisis.  For years, we have grown fat and tacky on easy credit and cheap money.

“We’re buying CD’s and we’re buying lingerie
We’ll put it on a charge account we’re never gonna pay
Department store, camera store, tobacco store, appliance store
You buy everything you want and then you want more.
Down in the mall
I’ll be your man
We’ll go shopping, babe
It’s something we can stand”
Warren Zevon (Down In The Mall)

“… the unnecessary things that we buy… that extra pair of shoes that I don’t need, the twenty ties hanging in my cupboard that I never wear, the books I order from Amazon on impulse and never get around to reading”  Charles Handy, The Elephant and the Flea

Inevitably, we will all buy less if we have less secure cash.  However, I think we will also see a “flight to quality”.  Certainly, there will be a degree of trading down and lower priced outlets will benefit from that but I think that (not before time) consumers will also become more discerning.  No longer will people be happy with a shirt which is super-cheap because it is “disposable”.  Shoes that last only two months and tee-shirts which shrink at the first wash and become irredeemable shapeless by wash four will no longer be acceptable.  We will (slightly painfully) adjust to have less, but better “stuff”.
That should be a wake-up call for all those firms who have profited from cynically selling sub-standard goods to gullible shoppers.
Such a return to the “sensible” values of our grandparents will also sit nicely with increasing concern over green issues.  Buying quality means less waste in the long run.  Producing quality goods honours the earth more.
Technorati Tags: economic reset,consumer,retail,organisational behaviour,chindogu,Charles Handy,Warren Zevon
Share on LinkedIn Share
Share on Facebook Share
Share on TwitterTweet
Share on Pinterest Share
Share on Digg Share
Send email Mail
Print Print
Warren Zevon