I’m tempted to buy this but it feels wrong.  Despite all evidence to the contrary, in my mind heart, the cold, hard logic of business should be a separate world from the anarchic, creative passion which is rock and roll. 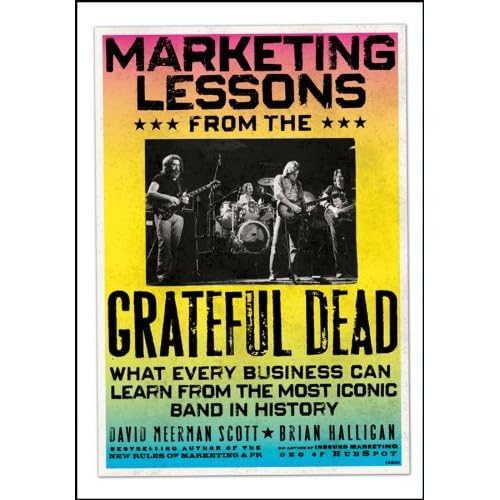 Interesting though.  As Dennis McNally described wonderfully in “A Long Strange Trip”, the Dead’s business affairs were famously chaotic for much of their history and yet their approach to business (and life) sprang from the same well-head as fed the inspiration of the many of the technology and business leaders of Silicon Valley, indeed many would have been inspired by the music of the Grateful Dead, if not their business practices.  Viewed through the certain lens of hindsight, the band were pioneers of many concepts described by Chris Anderson in his recent book, Free; not least in their allowing concert goers to tape gigs – an activity certain to earn a sound pummelling at any other bands’ gigs.  And through their approach, their personalities and, maybe, their music the Grateful Dead accrued a massive base of extremely loyal fans, the Dead-Heads.

I’m not sure, though, that there is a straight line of causality between what they did, the love and loyalty they engendered and the (financial) success which ultimately came their way relatively late in their career.  Maybe there is.  Maybe I should buy the book after all.

If, instead, you’d rather maintain the illusion of separation, try this:

… the video which made them surprise MTV stars some 20 years after they started and which, along with the birth of the CD age, finally started the cash rolling in for them.