The Economist on Scottish Independence

This week’s Economist, sadly, makes – rather than reports – the news.  Alex Salmond and his SNP colleagues have been quick to decry the paper’s “sneering condescension” announcing that it will “rue the day” it published this week’s front cover.

The Economist has done itself a disservice with a somewhat tacky, tasteless cover that detracts from a balanced and informed article.  And, of course, some 1,500 comments to the online version of the article reveal a depressing level of ignorance and bigotry on both sides of the argument that seem to stem from the cartoon cover rather than the facts. 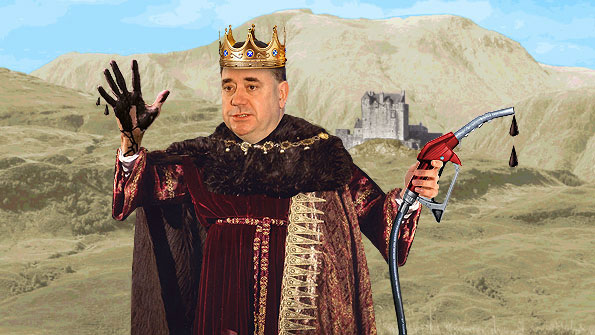 In reality, the article (The Scottish Play) and related Leader (It’ll Cost You) address some serious issues for a potentially independent Scotland: yes, currently oil revenues roughly offset subsidies from central Government; but what of a future where diminishing reserves become ever more expensive to extract?  What of the substantial liability to decommission redundant oil facilities?  Of an unproven renewables industry and a damaged financial sector?  Whether adopting the Euro or maintaining the Pound, a newly sovereign nation would have no sovereignty over fiscal policy.  Ireland, Italy, Greece and Spain suggest that can be a difficult course.  And, even in the best of climates, a new, small country should expect its international credit rating to be lower, and borrowing costs higher, than the UK’s.  All of these issues deserve and demand serious consideration.  The Economist piece goes a long way to inform the head over heart aspect of the independence question.