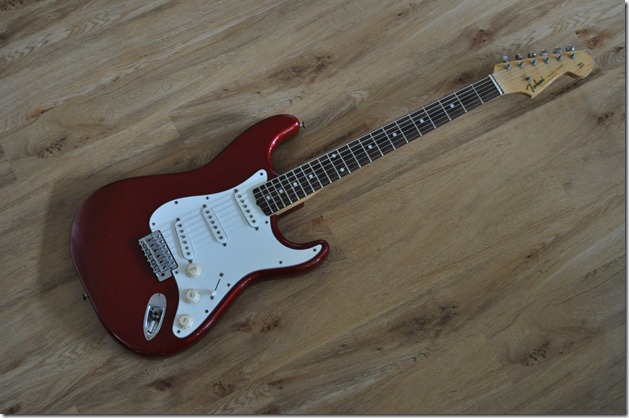 Lest the blog become too serious…

I took the picture for a project which I’ve been involved in for the last year and which is close to coming to fruition (more when it’s live).  It’s my current favourite guitar.

The guitars were famously controversial when they came out.  Not only were they outstanding instruments – many said better than the contemporary versions of the originals they mimicked (in this case the Fender Stratocaster) – but the mimicry extended even to the lettering on the headstock.

Whilst Springy Sound is a fairly accurate description of the distinctive Strat tone, it is also, of course, a great example of the somewhat strange interpretation of English which was coming out of Japan during that period.

A wonderful guitar to play; resonant, soulful and responsive.

Hi andy, did you buy this off me on ebay?