Ménière’s disease is a pernicious, poorly understood condition with an unknown cause and no known cure.  Medically, it is:

“a long term, progressive condition of the inner ear, affecting both the organs of balance and hearing.  The hallmarks of Ménière’s disease are attacks of vertigo, hearing loss, tinnitus and aural fullness.”

For sufferers that can often be translated as: severe attacks of falling-over-unable-to-even-get-up-on-your-hands-and-knees dizziness, progressive, irreversible deafness and a constant roaring-buzzing-whining sound in the affected ear.

This year, the Ménière’s Society – the UK’s largest charity dedicated solely to supporting people with Ménière’s disease and other vestibular disorders that cause dizziness and imbalance –celebrates its thirtieth anniversary.

It is also the fifteenth anniversary of the Society’s Research Fund and it has just launched a campaign to raise further funds for research. 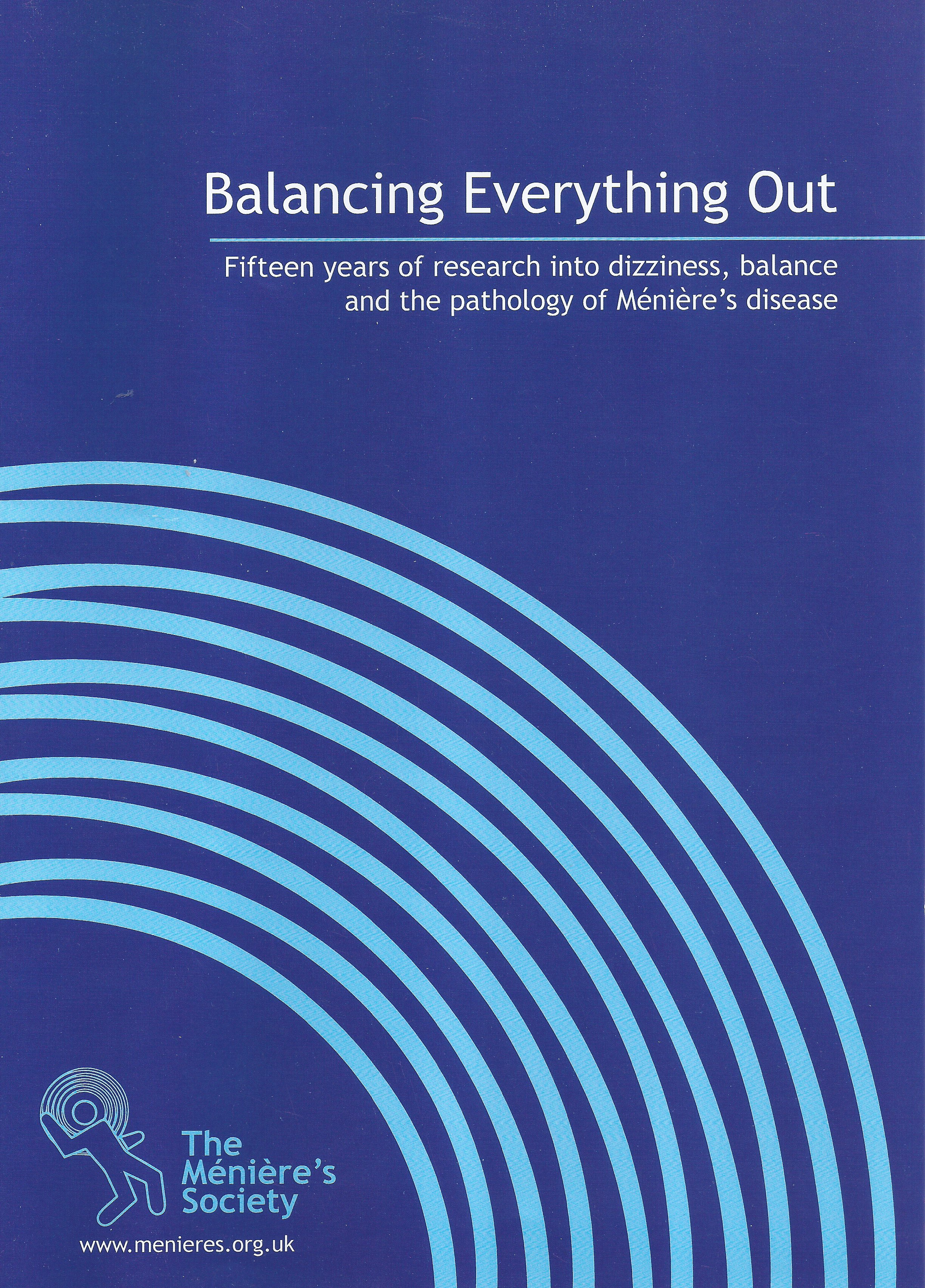 Balancing Everything Out is a paper that summarises the lines of research the Society has funded so far.  The last 15 years have seen £0.5 million invested in three broad areas:

You can download the report to learn more, here.

(Disclosure: I am a trustee and the Treasurer of the Ménière’s Society)

Look forward to reading the whole of the report, have shared with others. I’m blogging (but hopefully in a practical, non-depressing way) about life on a low salt diet. My blog is http://passonthesalt.wordpress.com/ if you have 5 mins to check it out.